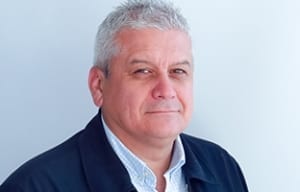 Otto Pineda is a professional with more than 25 years of international experience where he has worked in the mass consumption, telecommunications, and microfinance sectors. He joined Financiera FINCA Honduras in September 2019 as Chief Executive Officer. Otto has a bachelor’s degree in Information Systems from the Instituto Tecnológico de Monterrey, Mexico, a master’s degree in Business from Arthur D. Little School of Management, United States, as well as studies in the Advanced Program in Management by the Central American Institute of Administration of Companies, INCAE, Costa Rica. 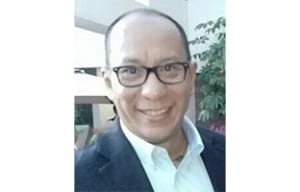 José Pineda is an experienced lawyer, and currently is Legal Manager and Corporate Secretary of Financiera FINCA Honduras S.A.

Financiera FINCA Honduras Board of Directors 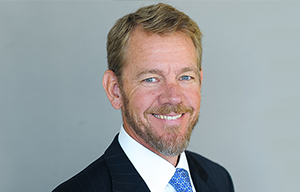 Keith has twenty years of experience in banking and business environments around the world, including Africa, Asia, Europe, South America and the USA. He joined FINCA International in 2007. He served as Operations Director and General Manager of FINCA Zambia for four and a half years, where he directed the transformation of FINCA from a non-governmental organization to a regulated commercial microfinance institution.

In June 2008, FINCA Zambia received its microfinance license to collect deposits from the Bank of Zambia. During Keith’s tenure, FINCA Zambia became the leader of the Microfinance Institutions in the country in terms of customer reach and portfolio quality and achieved three consecutive years of sustainable profitability. In February 2012, Keith was appointed General Manager of FINCA Kosovo.

Keith led the organization during a difficult period of regulatory uncertainty and operational restructuring. In August 2013, Keith accepted the position of Deputy Regional Director of the LAC; Two years later, he was appointed Regional Director for Latin America.

Prior to joining FINCA, Keith specialized in serving clients of small and medium-sized enterprises (SMEs) and nonprofit institutions while working for Citibank in multiple international functions and at SunTrust Bank in Washington, DC. Sandbloom has a Master’s degree in Business Administration from Georgetown University in Washington DC and a Bachelor’s degree in Business Administration from the State University of California. 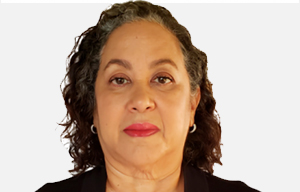 Honduran, Master in Business Administration from INCAE San Pedro Sula, Honduras. Currently participates in FINCA’s Boards of Directors at national and international level and is a member of the Audit Committee in two institutions of the FINCA network. Lesly has experience in credit risk management issues, restructuring of financial mechanisms, supervision and monitoring of financial institutions and has served as a Consultant for the Inter-American Development Bank (IDB), Securities Superintendent at the National Banking and Insurance Commission, Financial Manager at CELTEL and Director of Corporate Banking, Treasury and Financial Comptroller at Banco de la Exportación S.A. in Tegucigalpa, Honduras. 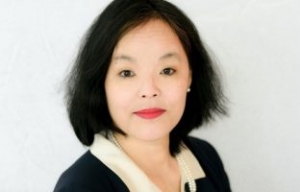 External Director for FINCA subsidiaries in Latin America, Caribbean and Eurasia. Member of the Global Management Team of FINCA International (2010-2017). Specialized in global leadership for investments and transformations, strategy and capital increase at the holding and subsidiary level, sales, mergers and acquisitions.

Chikako Kuno established 4 bank subsidiaries in 2 years, Georgia and Kyrgyzstan (transformation), Pakistan (acquisition), Nigeria (Greenfield) and 4 subsidiaries with deposit capture. Chikako Kuno has 30 years of experience working in emerging markets in Eastern Europe, the Commonwealth of Independent States, Africa and Latin America. Before joining FINCA, Ms. Kuno led the Small Business Finance team as Director of the Group of Financial Institutions of the European Bank for Reconstruction and Development (EBRD) in London. She also has previous experience in commercial banking and with the institutions of the Inter-American Development Bank. 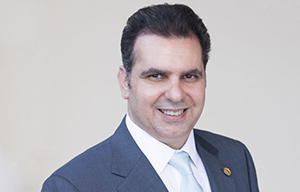 Miguel, a graduate of Business Administration and Marketing from the University of Miami, is a Honduran businessman with extensive experience in the commercial, industrial, quality control, auditing, production, human resources, and technological areas. He obtained a CEO Management Program course in July 2010, from the Northwestern University – Kellogg School of Management.

In the union-business sphere, he stood out as President of the Chamber of Commerce and Industry of Tegucigalpa (CCIT) for two consecutive periods (2012-2016), he was President of the Committee of the Center for Conciliation and Arbitration (CCA) of the CCIT, and also President of the Commercial Registry Committee of Francisco Morazán. He served as Secretary on the Board of Directors of the Honduran Council of Private Enterprise (COHEP) for two consecutive periods, and was Representative of the MIPYME sector in the National Investment Council (CNI), and member of the Economic and Social Council (CES) in representation of the private sector. He served as Director of the Federation of Chambers of Commerce of the Central American Isthmus (FECAMCO), Latin American Chambers of Commerce of the United States (CAMACOL) and the Ibero-American Association of Chambers of Commerce (AICO). 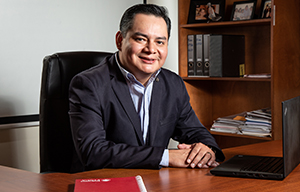 The FMH leadership team manages a global organization of more than 12,000 employees.